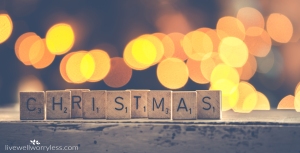 Every year we celebrate the familiar story of Jesus’ birth with pageants, movies, carols and greeting cards. Manger scenes are decked out with all the proverbial characters, as baby Jesus smiles sweetly from the manger.

But if you think you know the Christmas story, you may want to think again.

Buried under years of tradition and translation, the historic and cultural details surrounding the events of the nativity are no longer common knowledge.

If you want a deeper understanding of the Bible that will blow your mind this Christmas, take a gander through these profound yet often missed details.

Here are 13 fun facts about Jesus’ birth you probably won’t hear from the pulpit this year!

1. Mary and Joseph had an arranged marriage. According to Jewish custom, Mary and Joseph’s marriage would have been negotiated by their fathers1. By the time the angel appears to Mary, she was already the legal wife of Joseph2 and her father would have already received a dowry as compensation for the loss of a working family member. Mary lived with her family during her betrothal, a one year period where she was considered married in every way except cohabitation and consummation3. During this time, Joseph was busy preparing a place for her in his father’s house after which he would arrive and retrieve Mary as his bride4. The point? God waited until after Mary was betrothed to announce His news. God’s plan for Mary included Joseph too.

2. Mary was a pregnant teenager. Remember those pictures and pageants where Mary is an adult? Not even close. In reality, Mary was more like 12-14 years old, the common age for young women to be betrothed and married in Jewish culture5. It is possible that proof of her virginity was required before her betrothal, so her pregnancy would have roused suspicions and accusations. As a legally married woman, pregnancy during betrothal would have been considered a breach of her marriage vows and punishable by execution6. If Joseph accused her of adultery7, Mary could have been stoned at her father’s doorstep (Deut 22:21, 23-24). These cultural details magnify the faith Mary had in God and His Word.

3. Joseph loved mercy more than justice. Rabbi considered 18 years old to be the best age for a man to marry, so it’s likely Joseph was a young adult when betrothed to Mary. The Bible calls Joseph a righteous or tsaddîyq man, meaning he “was known for his uncompromising obedience to the Torah, the Law of Moses”7. When Joseph discovers Mary is pregnant, he knows he is not the father. The Torah clearly states that an unfaithful wife must be put to death (Deut 22:23-24), leaving law-abiding Joseph with an agonizing decision to make.

Yet when faced with the opportunity for justice, Joseph chooses mercy. His plan to privately free Mary from their arranged marriage by divorce reveals his desire to spare her public shame and suffering rather than claim his rights (Matt 1:19). Joseph did not allow his devotion to turn into legalism, and God revealed His divine purpose to Joseph (Matt 1:20).

4. Joseph was not a carpenter. At least, not in the traditional sense. Here’s where the English language botches it up for us. The Greek word for carpenter used to describe Joseph is tekton which is more accurately translated as “craftsman”8. While it’s possible he was a woodworker, it’s unlikely. The majority of homes, buildings, and construction in Nazareth were made out of stone, not wood. Joseph was more likely a laborer and builder or possibly a stonemason9.

After personally traveling to Israel, I discovered that Nazareth was only 3-4 miles from the ancient town Sepphoris. At that time, Herod underwent a massive construction project there using an enormous rock quarry between the two towns. It is likely that both Joseph and Jesus would have participated in this work as skilled tektons10.

5. Jesus’ name is significant. Mary didn’t make a list of baby names. The angel informed Mary that her baby would be called Yeshua, or Joshua, meaning “Yahweh is salvation” or “The Lord saves”. Jesus is the Greek translation of the Hebrew name Yeshua. Even Jesus’ name alluded to His purpose and ministry on earth: “the spiritual salvation of God’s people by removing the the alienation from God which their sins have created”11.

6. Bethlehem was insignificant. The city of David was considered small, insignificant, and the least among towns. The King of Kings was not born in the holy city of Jerusalem, but the little town of Bethlehem. Jesus’ birth town was a fulfillment of Messianic prophecy (Micah 5:2).

7. Jesus was not born in a stable. Actually, the Bible never mentions the words stable or innkeeper in the Gospel account of Jesus’ birth12.  Instead, it says there was no room for them in the inn, a Greek word that actually refers to a “guest chamber”, not a public inn for strangers13.  Luke uses this same word later to refer to the “upper room” where Jesus ate with his disciples (Luke 22:12).Yet when telling the story of the Good Samaritan, Luke uses a different word for “inn” to refer to a public lodging house14.

The truth? Mary and Joseph were not in a barn and it’s unlikely that Joseph delivered the baby. Instead, it’s more probable that they stayed with relatives in Bethlehem but there was no place for them in the guest room. Jesus was more likely born in the lower room of the house where animals were brought in for the night; a place where a manger, or feeding trough, would have been nearby for Mary to use as a crib15.

8. The wise men were pagan priests. The Magi mentioned in the Gospel of Matthew were astrologers from a priestly class in the land of Persia (Iran), skilled in interpreting omens, dreams and stars. In the Old Testament, Daniel spent 70 years exiled among magi from the east. These wise men may have traveled well over 1,000 miles by camel caravan to see the newborn King of the Jews. “In those days, a new star in the sky was often believed to herald the birth of a significant person in the land over which the star had shone”16.

9. There were not 3 wise men. The Bible actually doesn’t say how many Magi visited Jesus. Tradition just assumes there were three men because three types of gifts were given17. All three gifts were significant and fit for a King.

10. The wise men did not visit baby Jesus. Shepherds and wise men standing round the manger is just Hallmark’s attempt to fit them all on one card. By the time the Magi arrived, one or so years had likely passed and Jesus would have been a toddler. Matthew 2:11 describes Jesus as a child and living in a house when the Magi visit him. Herod’s calculation of the star and his order to kill all boys under two years also points to his understanding that the Messiah was already one or two years of age (Matt 2:7-8).

The point? Jesus was both the biological (through Mary) and the legal (through Joseph) “Son of David”. He was in the Messianic line through both parents as well as heir to the royal lineage of David. This is one reason why King Herod feared the young boy would threaten his dynasty18.

12. Joseph and Mary were very poor. Forty days after Jesus was born, the couple went to Jerusalem to dedicate their baby to the Lord. The proper sacrifice for purification after childbirth was a lamb, but the couple purchased a pair of turtledoves or two young pigeons; a poor woman’s sacrifice, according to the Law of Moses (Lev 12:6-8). Later, it is very likely that the Magi’s gifts helped finance their escape to Egypt.

13. Jesus was not born on December 25. Or in winter, for that matter. Jesus was likely born in the spring when shepherds were watching over flocks by night because little lambs were being born19. The exact day of Jesus’ birth is unknown. It wasn’t until the 4th century that the Roman Catholic Church decided to celebrate the birth of Jesus and chose December 25 as His birthday; the same day Rome celebrated winter solstice and the birth of their gods with pagan festivals20. To this day it is actually Easter, not Christmas, that is Christianity’s most important and celebrated holiday worldwide.

God cares about the details.

The historical and cultural details of Jesus’ birth don’t ruin Christmas, rather they make it all the more thrilling! They bring new depth and insight into God’s brilliant and intentional plan to save the world. God’s work throughout Scripture is detailed, personal, intimate and full of symbolism. Not one detail of the Messiah’s birth was coincidence. Each person involved was hand-picked by God for a purpose.

Jesus could have been born to a wealthy, prominent family in the holy city of Jerusalem with all the pomp and fanfare of a king. Instead, God chose a teenage girl, an outsider from Nazareth, lowly shepherds, pagan foreigners, a little town, and a humble manger to announce the birth of His Son.

Why did God choose such an unexpected cast of characters to proclaim His Good News? He wanted to make one thing absolutely clear.

Jesus is for everyone. Jesus came for the foreigners, the outcasts, the despised, the rejected, the imperfect, the sick, the broken, the weak, the weary, the depressed, the needy, the criminals. He came for sinners. God so loved the whole world that He sent His only Son to seek and save the lost (John 3:16). He will not reject or despise anyone who turns to Him but freely offers His grace and forgiveness to anyone who believes and accepts it.

God continues to choose the unexpected to shine His light to the world, writing a story of healing, hope and redemption for all to see. It is Jesus and this Good News that makes Christmas so merry and bright!

[6] Luck, William. “Termination of Marriage in the Mosaic Law”. Bible.org.

[10] Gallaty, Robert. Was Jesus a Carpenter or a Stonemason? The Christian Post.

I’m so glad you’re here! My greatest joy is providing hope and help in the messy seasons of life. You can learn more about that here or connect with me in the following ways: